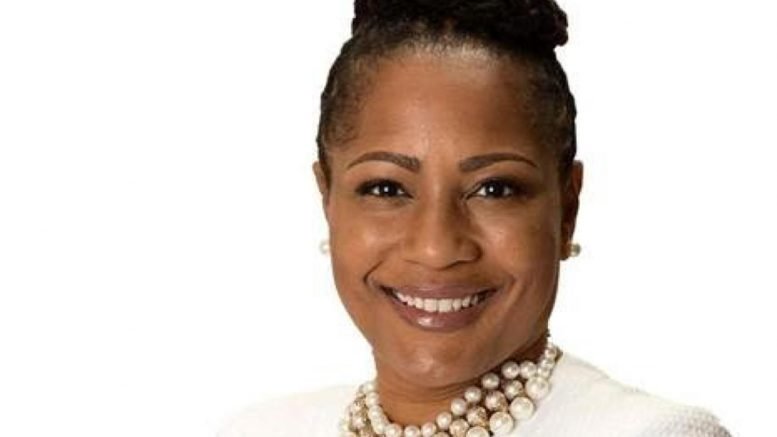 Within the last few weeks, rumors have been flying around Oakland’s Black community that Councilwoman McElhaney voted against the defund-demilitarize the police campaign, but no one talked to her about her vote. Pageantry to try and elect a new “progressive” took its place, instead of a hard discussion on what the residents of Oakland truly want and need. Be it that it is an election year, and the councilwoman is running against a less than qualified, politically connected opponent, I understand the electoral tactic. It is not a fair one, but it is legal.

Secondly, last week, a bench coach for the Oakland A’s, a major league baseball team, gave a congratulatory Nazi salute to a white player twice on the field during a game to no major fanfare in the mainstream media. He is still employed by the Oakland A’s and major league baseball. No one in Oakland politics has done or said anything significant to condemn this blatantly racist gesture.

The Oakland A’s released the weakest press release possible distancing themselves from the coach’s gesture, while hypocritically trying to align with the national and local trend to respect Black life. With the A’s breaking ground on a new Howard’s Point Jack London Square Oakland stadium with a $500 million plus price tag that has the full support of the City Council, I wanted to see what the most African-centered member of the Oakland City Council had to say about this blatant disrespect of Black people and the current day Black Power movement.

As major league baseball barrels towards its Kaepernick-like day of reckoning and the people start to put boycotts of the Oakland A’s and major league baseball in place, it is important for us to hear what the town’s elected officials have to say, although most have not been seen or heard from on this topic.

City Councilwoman Lynnette Gibson McElhaney: Thank you for raising this issue. Oakland truly struggles from a lack of local press and so often what gets disseminated – especially on social media – serves individual agendas and can be misleading. Without question, we who represent the most negatively impacted communities are committed to upending policing as we know it: This is the call of the moment – and the mandate of my life. Like anyone, I want one day to know that my family and I feel protected, safe and served. But today it is not true.

The Equity Caucus – Vice Mayor Reid, Councilmembers Gallo, Taylor and I – did in fact embrace the community’s call to defund OPD. Our budget immediately cut $15 million and made reducing the City’s GPF (General Purpose Fund) expenditures for OPD by 50 percent the Number 1 council directive and, in strong commitment to unifying the council, we agreed to appoint Councilmember Fortunato Bas as a co-chair to the Reimagining Public Safety taskforce.

We are parents and siblings of the incarcerated; we are ourselves disproportionately likely to have negative interactions with police. And our neighborhoods are among those systematically underserved and over policed. And we are the ones who field the most demand for policing service.

If the effort to defund is going to succeed, we need to make sure that we build broad political will and the infrastructure for success. The prison industrial complex was not built overnight, and a serious effort to dismantle it must be more than a ceremonial headline. It must bring the electorate into the discussion.

We are parents and siblings of the incarcerated; we are ourselves disproportionately likely to have negative interactions with police. And our neighborhoods are among those systematically underserved and over policed.

The taskforce will be an inclusive process designed to educate and engage our communities in the discovery of how to better align taxpayer funds to increase safety while decreasing abuse. Otherwise we run the risk of having decisions overturned by the voters, rejected by the court or, in the worst case scenario, seeing an increase in crime and violence that will cause frightened voters to reject the important work of balancing our budgets on our values not our fears.

Please see this coverage of the adopted amendments that affirm our dedication to reducing our general purpose funding to OPD by 50 percent, not the mere $25 million sought by Councilmember Bas.

My personal dedication to transformative community safety is evidenced by more than 10 years working to advance alternatives to policing. I have a strong track record of civilianizing the police department, I was the lead author to establish the Department of Violence Prevention and, as the first Black woman to be council president, shepherded the unanimous vote to establish the nation’s strongest, most independent civilian-led Police Commission.

I am deeply disappointed in the misinformation campaign that seeks to manipulate our collective grief in this moment. I am Black. I am grieving. I live in police terror. Yet, I am here to live out my own life’s purpose: to advance the cause of justice. Every day I seek to make good decisions, to deliver relief and results for those of us most negatively impacted by America’s racial caste of injustice. This is not done for political expediency or to capture headlines.

I’m a pragmatic leader. I shy away from loud pronouncements where the outcomes are not certain. But make no mistake about it: This is a once in a generation opportunity for us to unwind the disastrous failed war on drugs policies that made possible my son’s death. I’m all in.

JR Valrey: Where are we currently with the budget, and how can we demilitarize and defund the police as quick as possible under this current arrangement?

This is a once in a generation opportunity for us to unwind the disastrous failed war on drugs policies that made possible my son’s death. I’m all in.

City Councilwoman Lynnette Gibson McElhaney: Oakland’s budget is on a two-year cycle. Our next budget will be proposed in May 2021. This is why the taskforce we established calls for a six-month, community-led engagement process that will provide analysis and recommendations by February 2021 to inform the next debate.

The six-month process also allows Oakland to work with Alameda County officials to build the infrastructure needed for any new system to succeed. I believe the public is not so much interested in speed as they are a plan. No one wants to defund police in a way that invites backlash or decreases safety or crime resolution.

JR Valrey: With the recent behavior of police during the rebellions, and the Celeste Guap case, which included the police molestation/trafficking of a minor in an organized manner, do you believe that the Oakland police deserve to stay in receivership, or should the punishment be escalated?

City Councilwoman Lynnette Gibson McElhaney: Despite numerous improvements, the federal monitoring system has been inadequate to advance the reforms we seek. The Negotiated Settlement Agreement (NSA) has imposed a supra-structure over the police chief – a chief of the chief – that is paid so long as Oakland fails. And bears no responsibility for any shortcoming. I believe it’s past time for Oakland to stop paying a federal monitor who does not live here millions of dollars to fix what is broken.

The citizen-led Police Commission is better positioned to provide accountability, oversight and policy reforms. I believe the city will be better served by entering into an agreement with the court to further strengthen and empower the Police Commission, diverting the funds paid to the monitor to strengthening the City’s internal accountability systems and providing appropriate incentives that drive the performance measures established in the NSA.

JR Valrey: What are your views on Trump threatening to send secret federal troops to Oakland to snatch protesters off of the streets and keep them captive in undisclosed locations for undisclosed amounts of time? Can you speak on the recent actions of the council on this topic?

JR Valrey: What is going on with the Universal Income Plan that the mayor was publicly promoting a few weeks ago? What are your views on the plan?

City Councilwoman Lynnette Gibson McElhaney: I am a strong proponent of Universal Basic Income and hope that these early efforts will result in new federal policy that expands upon the Social Security infrastructure.

JR Valrey: Do Oakland or California police have “qualified immunity,” and if so, what can we do to eliminate that asap?

City Councilwoman Lynnette Gibson McElhaney: Representative Presley has introduced legislation to severely constrict the use of qualified immunity, which is clearly under the purview of the Congress.

JR Valrey: What are you doing as a Black city councilwoman to make sure that Black businesses in Oakland are able to withstand the COVID pandemic quarantine? Are there any funds that you or the city has specifically for Black business owners? If so, please include links.

City Councilwoman Lynnette Gibson McElhaney: I led the Equity Caucus’ effort to establish a $6 million fund to support small businesses, with $2 million set aside for businesses in the most impacted neighborhoods. I’ve also led an independent effort to bring all independently raised relief funds together so that we can bring forward a collective ask before philanthropy to expand the total fund to a goal of $25 million.

I led the Equity Caucus’ effort to establish a $6 million fund to support small businesses, with $2 million set aside for businesses in the most impacted neighborhoods. I’ve also led an independent effort to bring all independently raised relief funds together so that we can bring forward a collective ask before philanthropy to expand the total fund to a goal of $25 million.

JR Valrey: What were your thoughts when you saw Oakland A’s coach Ryan Christenson give off a Nazi salute during an A’s game on Thursday twice, considering Oakland is about to break ground on a new stadium for the A’s, and you are one of only three current Black Oakland City Council people?

City Councilwoman Lynnette Gibson McElhaney: There are three Black leaders on the Oakland City Council: Larry Reid (D7), Loren Taylor (D6) and me (D3). There are no excuses for the use of white supremacist symbols.

In response to the murder of George Floyd, the council adopted a resolution brought forward by the Equity Caucus establishing a zero tolerance policy for racist practices, behaviors and actions within the Oakland Police Department and all city departments, agencies, divisions and units that urges the Civil Service Commission to adopt rules requiring the disqualification of any applicant for employment for specified reasons, including but not limited to the uniformed ranks of the Oakland Police Department and directs the city administrator not to hire and to fire police officers and other employees for such specified reasons.

I urge the A’s and all other corporations committed to justice to do the same.

The Bay View endorses and urges readers to support Lynette McElhaney for Oakland City Council 2020. Contributions are not tax deductible. Election law requires the campaign to publicly report cumulative contributions of $100 or more. Your contribution must include your name, street address, occupation and employer information from individual contributors, and of $100 or more cannot be made by cashier’s checks, money orders, or cash. In making this contribution, the contributor affirms that they are a United States citizen or a permanent resident. To learn more, contact Lynette Gibson McElhaney for Oakland City Council 2020, 312 Clay St., Suite 300, Oakland, CA 94607, FPPC 1421347, www.lynetteforoakland.com.