Megan Thee Stallion’s long-awaited debut album finally arrived and it was everything her fans hoped for—but her ex-bestie Kelsey Nicole definitely won’t be happy after being called out. On the song “Shots Fired,” Megan calls out both Tory Lanez and her former friend Kelsey Nicole…and Kelsey responded.

For almost six months now, Megan Thee Stallion has found herself in the middle of one of the biggest scandals in music history, after allegedly being shot in the feet by Tory Lanez.

Both parties have since addressed the incident multiple times on social media, interviews and music. However, there is one other person that is feeling Megan’s wrath—and that’s her former best friend Kelsey Nicole who was with her during the night the shooting happened.

On Megan’s new album “Good News,” she has a track titled “Shots Fired” where she called Kelsey out regarding their former friendship. One of the lines that references Kelsey says, “I know you want attention from the n***as I get.”

When a social media user pointed this out to Kelsey on social media, she responded with “The most weirdo s**t she could’ve ever said.”

As we previously reported, Megan Thee Stallion and Kelsey Nicole permanently ended their friendship following Kelsey revealing things about the night that Megan was allegedly shot that Megan didn’t appreciate—things that painted a different picture that what Megan said in her version of events. 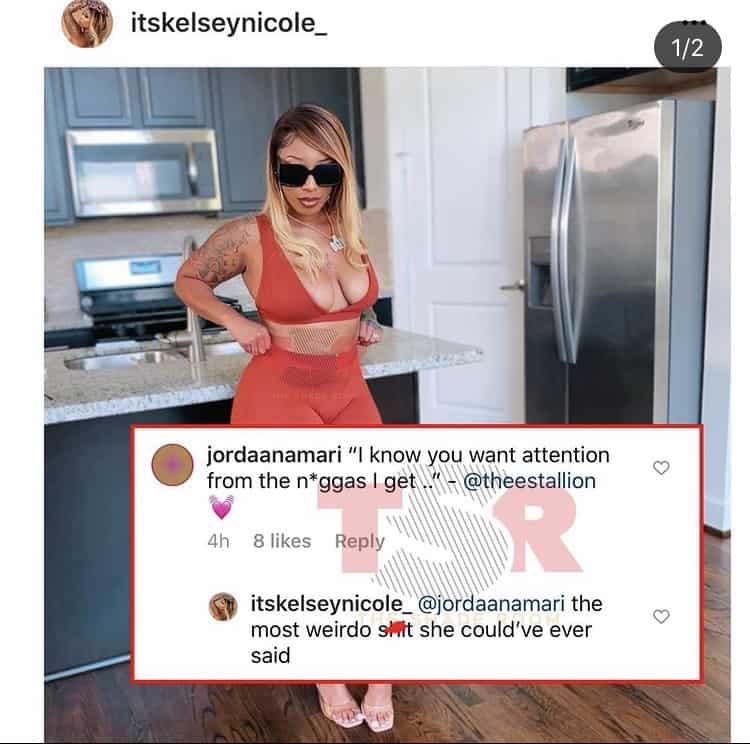