Mike Tyson and Roy Jones Jr. just ripped off their shirts and showed off their incredible physiques at the weigh-in for their big fight … and man, these guys are ripped!

54-year-old Tyson and 51-year-old Roy both look amazing for their age — really, for ANY age — as they gear up to fight on Saturday night.
Tyson weighed in at 220.4 pounds. Jones Jr. was 210.
Both men appeared calm and focused — and told TMZ Sports they plan on spending their Friday night relaxing and watching karate movies to get in the right headspace.
Jake Paul also put on a show at the weigh-in — dressing up like a Super Saiyan from “Dragon Ball Z” … and warning his opponent Nate Robinson to not let his kids watch the fight, because it will scar them for years to come. 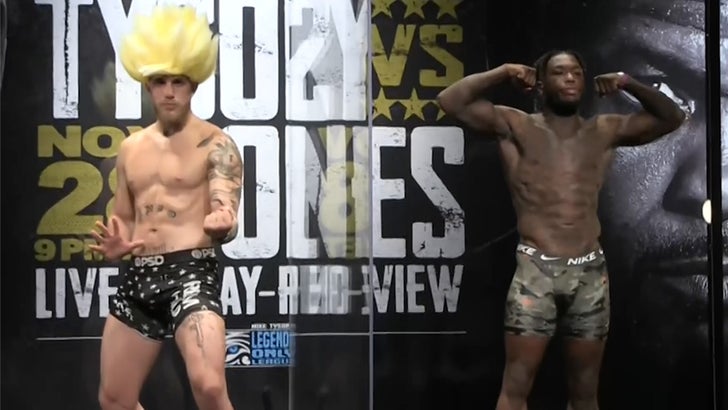 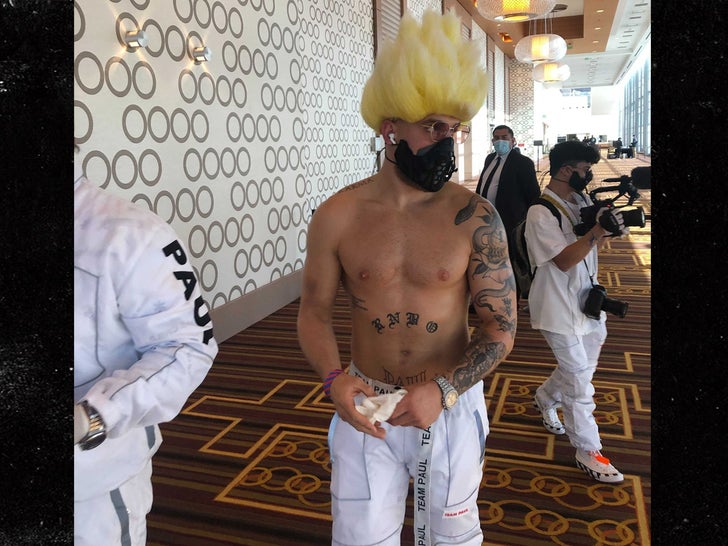 Earlier in the day, Roy Jones Jr. told us his pre-fight meal plans — and why he’s so excited to get back in the ring.
Funny moment with Mike Tyson when he was asked about his famous quote, “Everyone has a plan until they get punched in the mouth.” 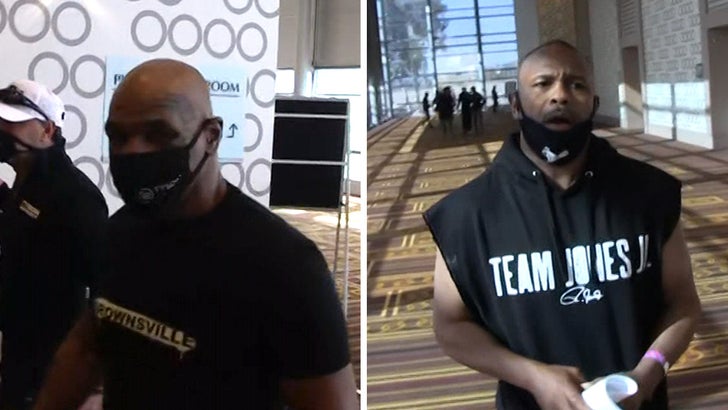 GET READY FOR FIGHT NIGHT
So, what happens when Mike gets punched in the mouth?
“We’ll go to Plan B — I’ll punch him back!”
The fight is set to go down Saturday night at Staples Center in L.A. — the weigh-in took place at a nearby hotel.
Everyone at the weigh-in site was required to undergo COVID testing — including our TMZ photog, who was also mask’d up and keeping his distance.
As we previously reported, both Mike and 51-year-old Roy have made it abundantly clear they will be trying to take each other out from the opening bell of their 8 round exhibition (available on PPV via cable and satellite, and PPV streaming at Triller).
The event is going to be insane — with performances from huge stars like Lil Wayne, French Montana, YG, Wiz Khalifa and more.
Ne-Yo is doing the national anthem — and Snoop Dogg will also be involved.