The relationship between Tekashi 6ix9ine’s ex-girlfriend and the mother of his daughter, Sara Molina, has always been drama-filled—but things recently got even messier when Sara slammed Tekashi as a father. In a few posts on Instagram stories, Sara called out Tekashi for only using their daughter for clout to make himself look good to his fans.

Sara Molina has been very open about her incredibly rocky relationship with ex Tekashi 6ix9ine, who is also the father of her daughter. As you’ll recall during his trial, their relationship has always been filled with a variety of issues from the very beginning.

Apparently fed up with his non-existent parenting, Sara posted the following about Tekashi:

“I swear my Baby father is a hurt punk b**ch. Lmfaoo I cant make this s**t up. …BUT WHAT I’m not gonna do is have you refer to OUR daughter as “that little girl” like she means nothing to you when ALL YOU DO IS CAP ABOUT OUR DAUGHTER to these motherf**king little kids on ig because honestly those are the only people that are left call themselves your fans that f**ck with you.”

She continued, adding “Idgaf but to address our daughter as “that little girl” and literally treat her like nothing? Over the phone to my moms?”

As of right now, Tekashi 6ix9ine has not publicly responded to Sara Molina’s claims about him as a father—but it’s very likely that he will at some point. 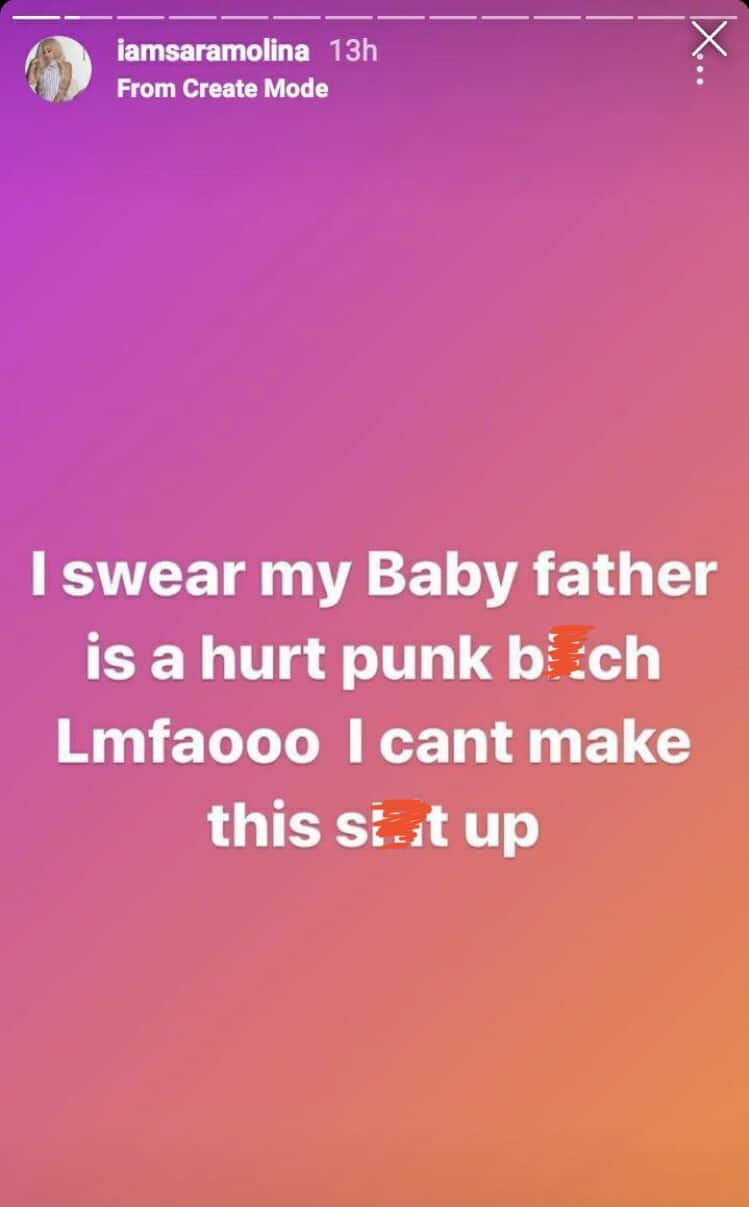