Cardi’s cover for Billboard’s ‘Woman of the Year’” is here and somewhere haters and Candace Owens’ five strands of hair are having a conniption. The WAPtivist was profiled by Carl Lamarre about her standout year that included, of course, “WAP” that spent four weeks at No. 1 on the Billboard Hot 100 and set a record for the most streams for a song in a single week, 93 million to be exact.

She also dished on her daughter Kulture, the celebratory “WAP” singing outside of the White House when Biden won, political pundits attacking her, and her highly contested role model status.

See some excerpts below.

When Biden’s projected win was finally announced, we saw that kind of unity — especially when your fans sang “WAP” outside the White House. What was it like to see that?

“I just feel like it was such a big victory for me and for Megan. I’m so used to listening to raunchy female rap music since I was a little girl — Trina, Khia, Lil’ Kim, Jacki-O, Foxy [Brown]. “WAP,” to me, was just a regular raunchy female rap song, but it caused so much controversy. So many Republicans — not just any Republicans that got an Instagram following, but a lot of Republicans that got blue checks [on Twitter] and millions of followers, [like Ben] Shapiro, Candace Owens, Tomi Lahren — were talking so much crap about “WAP.” So it was just a victory for me seeing people celebrating Biden’s win with my and Megan’s song. Power of the p***, ya heard?!”

You brought your daughter, Kulture, along to participate in the Show Me the Signs campaign, which paid tribute to Breonna Taylor and Black women killed by police. Why was it important to involve her at such a young age?

“I just thought she was looking really cute — and I want her to grow up knowing how the world really is. My daughter came out of my p***y rich. She lives a different lifestyle than I lived. This girl gets in a pool every single day; I can’t swim because I barely went to the pool. There was only one community pool where I’m from. I want her to know that just because you have money, that doesn’t mean you’re super-privileged.

Even me with her dad [rapper Offset], we have had really bad experiences with police, and we’re rich and famous. I want her to know that you’re not going to be an exception. I want her to have compassion. I don’t want her to ever have the mentality of, “This doesn’t apply to me.”

Do you consider yourself an activist?

“I don’t know if I’m an activist. I’m a Libra — we are the justice sign. I like fairness, and I have compassion toward everybody. This is the type of person that I’ve always been. When I was a stripper, I posted the same s*** that I post now. I was doing marches in Harlem. But I don’t want people to think, “Oh, she’s an activist.” There’s people out here that really go off and beyond, like a Tamika [Mallory] or Shaun King, who go out of their way to really help. I feel like those are activists. I don’t want to take away from what they are. I just want to be a person with a platform that believes in good.”

In one particularly interesting tidbit Cardi, in her signature, Cardi way, talked about her role model status and how she balances that with her embracing her sexuality as an Offset’s penis admiring “naughty girl.” 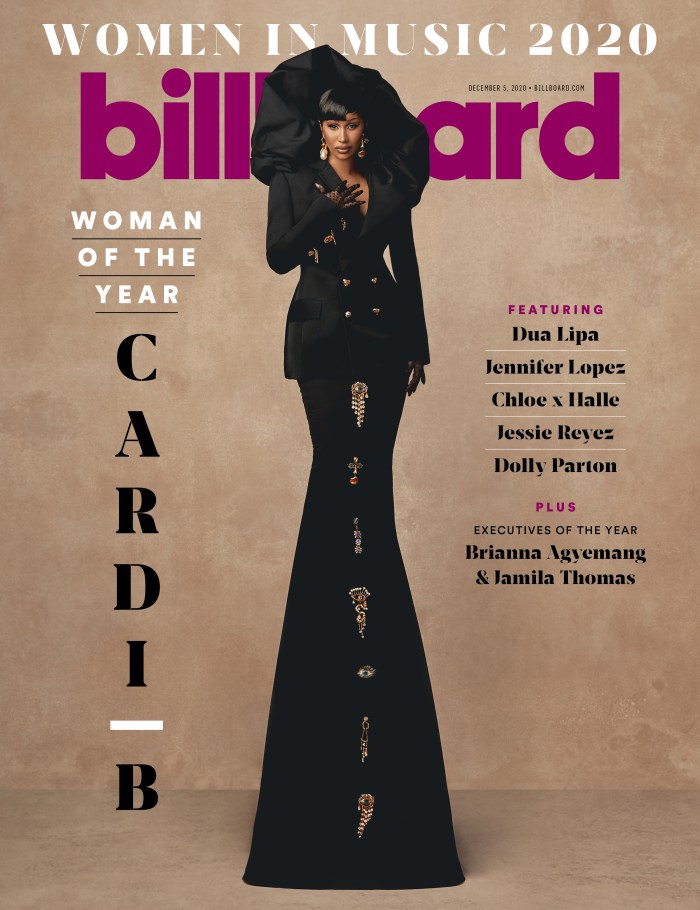 Last year you said you struggled with being perceived as a role model. Do you still feel that way?

“Definitely. Let’s say something is ugly, right? Everybody in the comments is saying it’s ugly, but you’re saying it’s pretty. If you have the unpopular comment, then you’re in the wrong. So you gotta be careful with what comes out of your mouth. You can’t even call people ugly nowadays! I’m not saying I want to call people ugly — you just can’t even be yourself anymore.

I want to show people that you can do positive things, but you can also be yourself. I’m a very sexual person. I love sex, and I like to rap about it. I like to do it. I admire my husband’s penis. I love p***y, and I love my body, and I want to be able to express that. I’m just a naughty girl, and I’m not hurting nobody because I love my pussy and want to rap about it.”

Congratulations to Billboard’s Woman of the year, Cardi B!