Newly released body cam video of an insane police stop — where the suspect threatens to shoot a cop — shows both restraint by the officer and how wildly different traffic stops can be based on the color of a suspect’s skin.

The incident went down a few days ago in Ohio, when Officer Mike Sigman and his K9 Ben showed up to help the Ohio State Highway Patrol during a traffic stop. The driver, Merak Burr, was instantly uncooperative. Cops notice there’s a gun in his vehicle … a loaded, Beretta 9MM semi-automatic handgun on the front passenger seat.
— He refuses to put his hands on the steering wheel
— He refuses to get out of the car
— He puts his hand on his gun
— He twice threatens to shoot the cop
— He closes the car door and speeds away 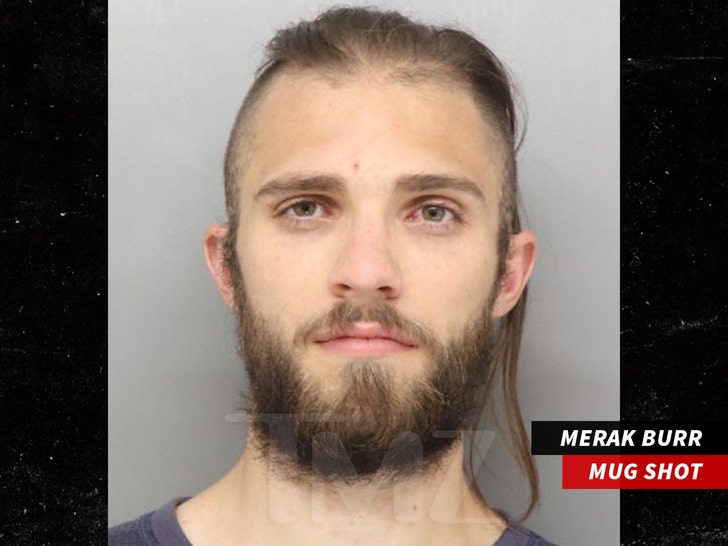 Hamilton County Sheriff’s Office
Officer Sigman exercised incredible restraint, but it’s impossible not to think about case after case where a Black suspect is shot and killed for being way less threatening than the nutcase behind the wheel.
The fact that he threatens to shoot the officer several times and then lowers his hands to shut the door and then speeds off … well, as they say, that’ll get you killed.
In the end, cops chased down the fleeing car and arrested the guy.  He’s been charged with possession of a firearm in a motor vehicle and carrying a concealed weapon.