There’s some Black girl magic afoot and it involves a high-ranking executive who graduated from an HBCU. 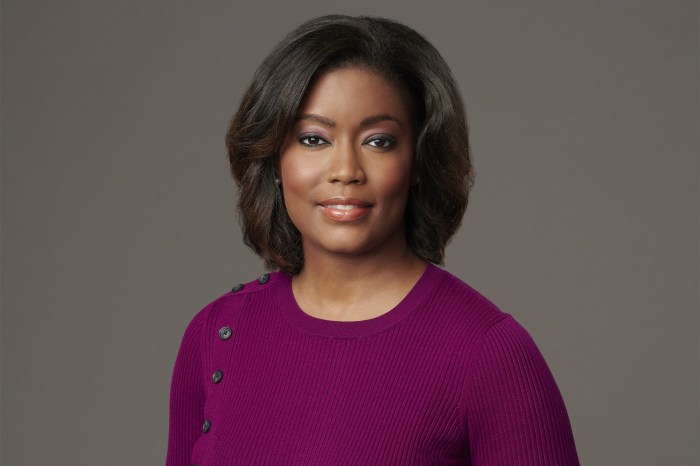 Despite 2020 being filled to the brim with bad news, Black women are continuing to ascend and make career achievements. One such woman is Rashida Jones.

Rashida Jones will be named MSNBC’s president, making her the first Black executive to run a major cable news network.

The Wall Street Journal and Variety both reported that news, noting that Rashida, the current senior vice president of MSNBC, will take over for the longtime President Phil Griffin starting in February.

MSNBC has since confirmed the news via Cesar Conde, the chairman of NBCUniversal News Group who praised the media maven’s “laserlike focus and grace under pressure.”

“Rashida knows and understands MSNBC, in part because it’s where she started when she first joined NBCU seven years ago,” Conde wrote. “She knows that it is the people who work here that make it great, and she understands its culture. She also appreciates the impact and potential of the brand.”

Jones is a graduate of historically Black college Hampton University. She previously served as director of live programming for the Weather Channel and EP’d primary debates for NBC that set ratings records.

The big news surrounding Rashida Jones’ promotion caused actress Rashida Jones to trend by fans confused by the news and several wondered when the “Black AF” star delved into media.

Actress Rashida Jones has since responded with an IG post congratulating the media exec while hilariously putting herself on the exec’s shoulder in alignment with the #MyElf challenge.

“Congrats to Rashida Jones!!’ she wrote. “The FIRST BLACK PERSON EVER to run a major cable news network!! ‘m so proud to share a name with you and also take this #myelf challenge to the next level. Rashida Jones on Rashida Jones INFINITY. ZOOM IN.’”