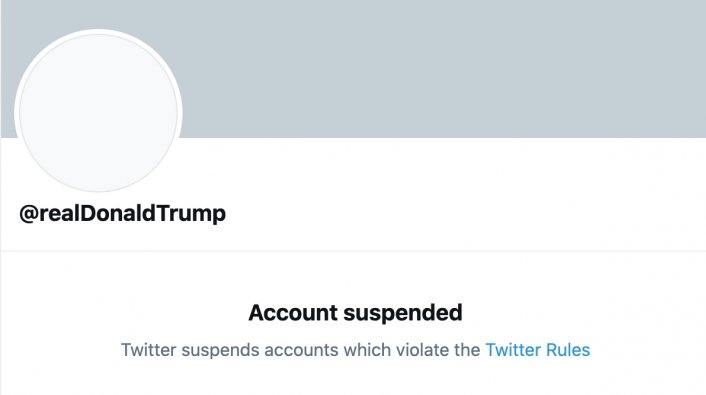 Twitter’s stock fell as much as 12 percent on Monday after Donald Trump was permanently suspended from the platform on Friday evening. The social media company’s market value decreased by $5 billion as a result of the decline.

Trump’s account was suspended after continuously spreading conspiracy theories about voter fraud which influenced his supporters’ attempt to storm the U.S. Capitol building.

“After close review of recent Tweets from the @realDonaldTrump account and the context around them we have permanently suspended the account due to the risk of further incitement of violence,” Twitter said.

While shares fell to 12 percent earlier on Monday, the drop settled at seven percent. With about 88 million followers, Trump’s account generated a lot of publicity for Twitter with the soon-to-be-former president’s controversial tweets.

Stock market experts believe investors are worried that Trump’s ban will “lead to boycotts among those who see the decision as politically motivated and a way to silence a major conservative voice.” It’s also expected that the Biden administration will crack down on social media companies allowing misleading or outright false information to live on their platforms.

Despite the drop, Twitter shares are still up about 45 percent over the past year, which is a larger return than Facebook during the same span.