Memphis hitters Young Dolph and Key Glock are plotting a sequel to their Dum And Dummer mixtape, two years after releasing the original.

The blood cousins shared the bouncy new single “Aspen” on Thursday (March 4), which serves as the prelude to the project. The original peaked at No. 8 on the Billboard 200 chart in 2019. Complete with occasional organ notes and trap drums, Glock and Dolph trade tough talk with one another while openly discussing vacations in the snow of Colorado.

“Free all of my mans that’s locked down in the can (Free my dawgs),” Dolph raps. “Shout-out to thе opps ’cause them my No. 1 fans.”

Glock counters with some stunt-heavy bars of his own rapping, “I’m rockin’ me a mink, my Fanta pink/I bought my ratchet, I’m straight up out the street/No I can’t ski, but I can back in.”

Dum And Dummer 2 is the first full-length release for both men since a trio of hard-hitting 2020 albums. In January, Glock released Yellow Tape and followed up with the May release of Son Of A Gun. In August 2020, Dolph dropped his Rich Slave album and to boot, gave away a limited edition Lamborghini in the process. 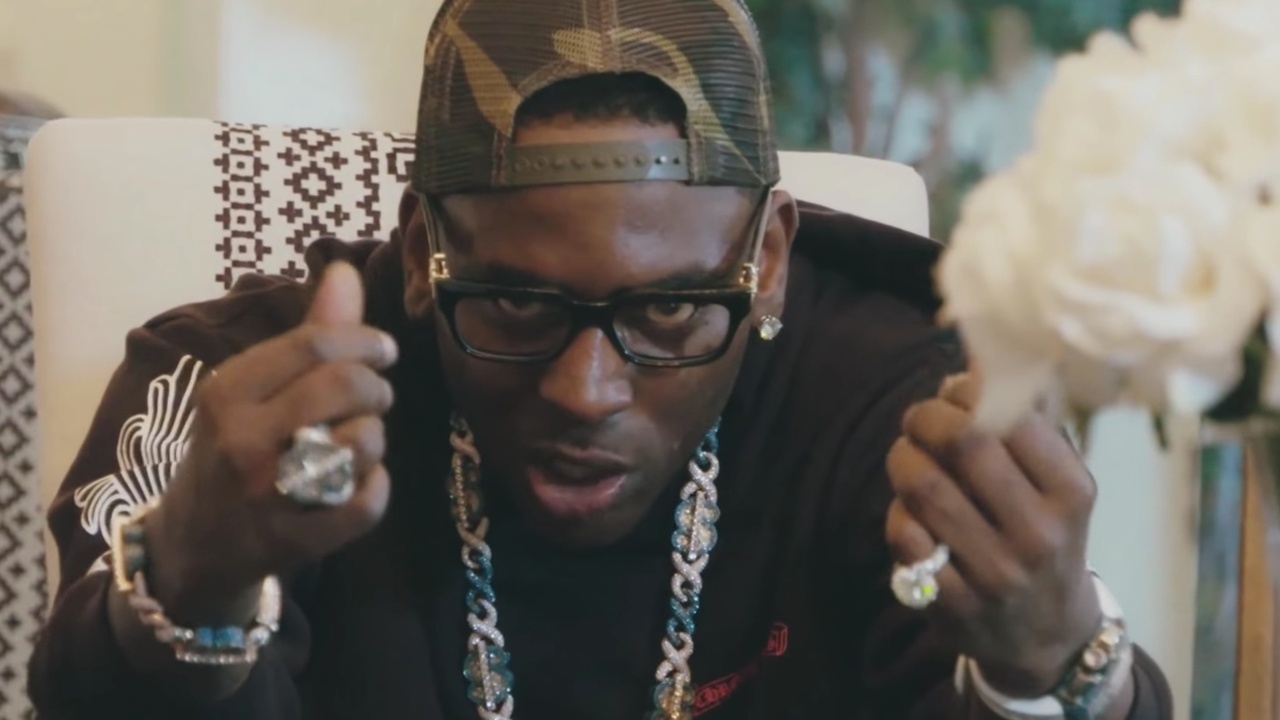 Dolph and Glock have released a number of tracks in recent weeks ahead of the Dum And Dummer 2 announcement. Last month, the pair released “Cased Closed” in February and “Green Light.” Young Dolph is on a roll.