Baylor fans partied HARD after their men’s basketball team blew out Gonzaga … setting couches on fire in the streets and letting off fireworks — and video from the scene is WILD!!!

Just minutes after the Bears took down the Zags, 86-70, to win the NCAA Tournament in Indianapolis on Monday night … it didn’t take Baylor’s students long to celebrate. 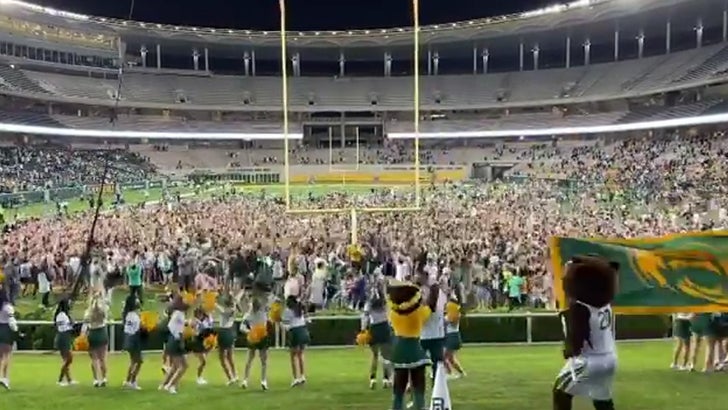 Those who watched the game at McClane Stadium on campus stormed the field in epic fashion … and then they took to the roadways near the school.

Check out footage from the block party … fans lit things on fire and danced around the inferno with their iPhones in hand!!

Later, they lit LEGIT fireworks — and cheered like crazy when the explosions popped off above!!

As for their safety … don’t worry — reporters on the scene said the Waco Fire Dept. was there to take care of any out-of-control blazes, while police officers monitored the situation as well.

Meanwhile, inside the arena, the players danced their faces off … and Baylor’s most famous football alum, Robert Griffin III, cheered from the stands too!!! 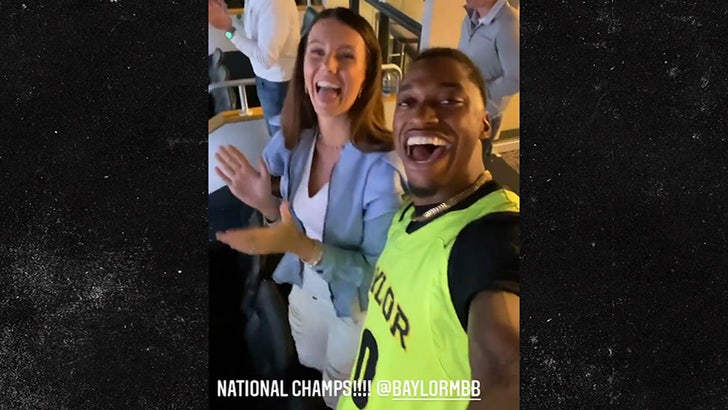 BTW — if you’re in the “Act like you’ve been there before crowd” … might be time to dip out of that one — ’cause the men’s hoops championship Monday night is the first in school history.