Deshaun Watson‘s attorney claims accuser Ashley Solis — who identified herself as “Jane Doe #1” on Tuesday — demanded $100,000 in “hush money” before filing her lawsuit.

… and Watson’s attorney claims he has the emails to prove it.

Solis was the first accuser to file a sexual misconduct lawsuit against the Houston Texans star back on March 16. She used a pseudonym to protect her identity.

She came forward in a news conference alongside her attorney Tony Buzbee on Tuesday and spelled out her case against Watson — at one point explaining, “People say that I’m doing this just for money. That is false. I come forward now so that Deshaun Watson does not assault another woman.” 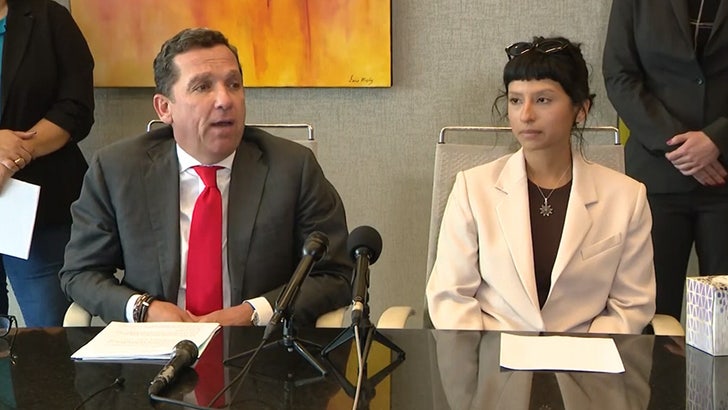 But, Watson’s attorney Rusty Hardin says this is absolutely about money — claiming Buzbee approached one of Watson’s reps back in February in an effort to “quietly settle the allegations the month before he filed the first lawsuit.”

Hardin says he has emails sent by Buzbee associate Cornelia Brandfield-Harvey to one of Watson’s representatives on Feb. 9 spelling out the demand.

Hardin claims Deshaun’s representative pushed back against the demand in the following email response.

“We don’t believe that the alleged facts show that Deshaun did anything wrong with regards to Ms. Solis, but we are nevertheless happy to continue the conversation around a reasonable settlement figure because we believe he can learn a lesson about having put himself in this situation.”

Buzbee’s response to that …

“We made a legit demand. You rejected it. We won’t be making another or bid against ourselves. We also won’t be having an extended dialogue about why you think your client did nothing wrong or how you want this to be a ‘learning’ experience for your ‘high profile athlete,’ as you refer to him. This is Houston, Texas. Perhaps you should find him a lawyer here so you can apprise both you and your client of the landscape here and who you are dealing with. Talk soon.”

The lawsuit was ultimately filed on March 16 — and 21 women have filed similar lawsuitsagainst Watson since then.

As we previously reported, Watson’s position remains that he did not do anything wrongand he has vowed to dig in and fight to clear his name.