The brand tapped none other than Hype Williams to reimagine some of the classic poolside vignettes created by mid-century American photographer Slim Aarons, including “Keep Your Cool,” “Desert House Party,” “Poolside Glamour,” “Leisure and Fashion” and more. You may recall those outstanding images of Zendaya and John David Washington in W Magazine recently — well those were inspired by Aarons’s work too. In his own words, Slim Aarons was dedicated to capturing “attractive people, doing attractive things in attractive places.” It’s incredible how effortlessly cannabis culture plays within these images of modern luxury.

“The perception around cannabis has shifted a lot since the 20th century. If you were to ask me and my peers how we’d define the good life today, weed would definitely be a part of it. Whether we’re smoking to inspire creativity or to celebrate an achievement, cannabis has a rightful place in modern-day culture,” said Williams. “HOV has a vision for the industry that he’s bringing to life through MONOGRAM. His focus for this campaign was to showcase how beautifully cannabis fits into the good life today, and I am honored to be a part of it.” 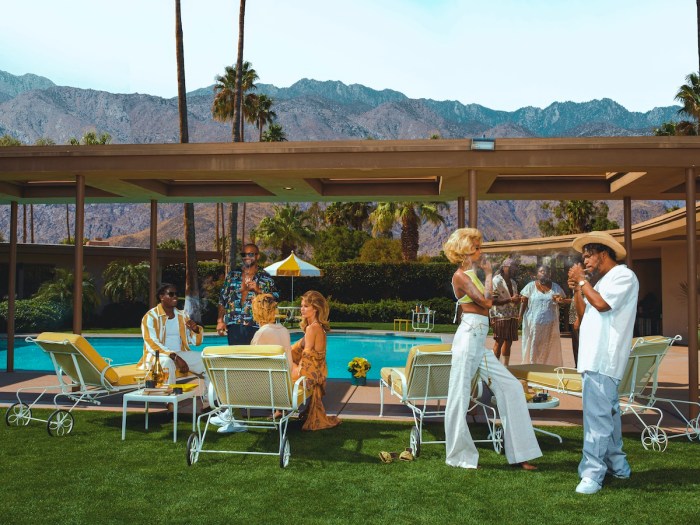 The images, which ooze luxury and leisure, depict what the good life looks like today — a lifestyle that rightly includes cannabis. The images were shot at the Frank Sinatra House in Palm Springs. Starring in the campaign are rappers Chika and Curren$y, designer Aleali May, NY-based culinary activists Ghetto Gastro, and Slick Woods — who completely MURKS this campaign… You’ll see what we mean momentarily. The images are currently on display on billboards and wallscapes across all major U.S. markets, including New York where adult use of cannabis was recently legalized. 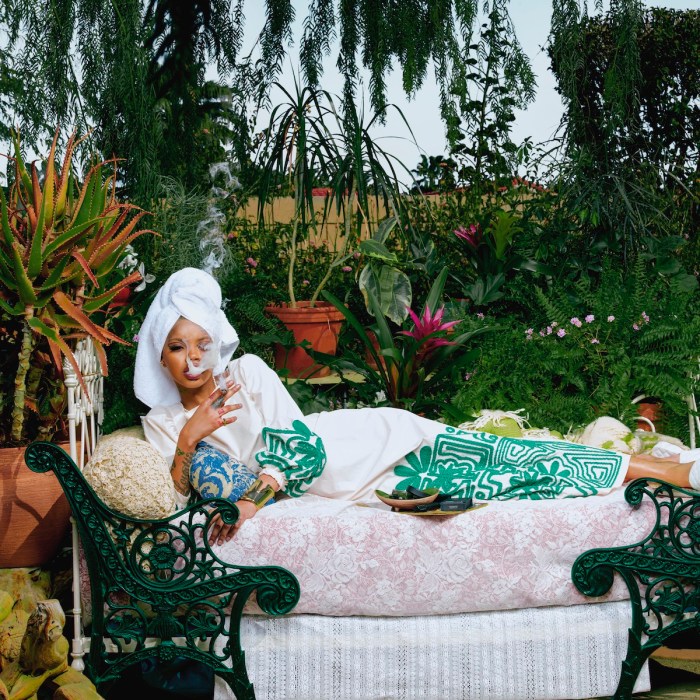 Slick Woods is outstanding. Also BIG UPS to Corey T. Stokes, Fashion Director at High Snobiety, who styled every shot in the campaign. 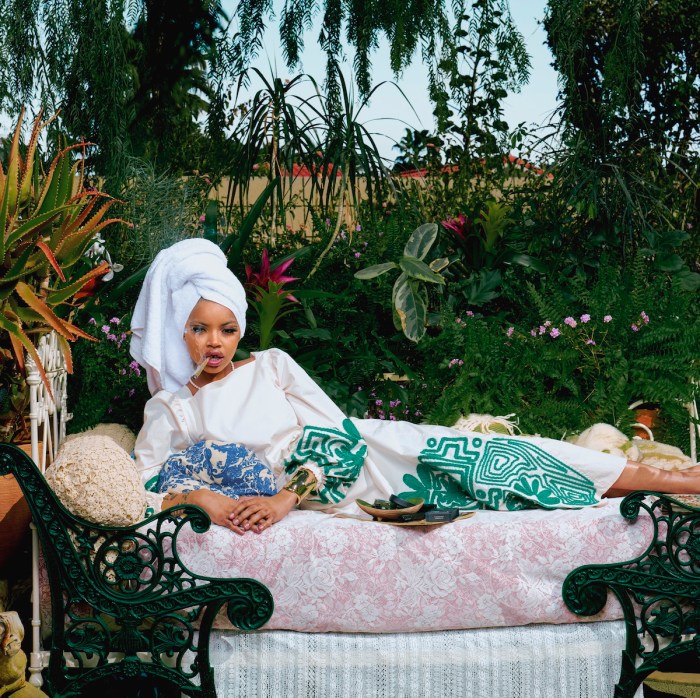 The second slide of the IG image is the original Slim Aarons photo that inspired the shot. 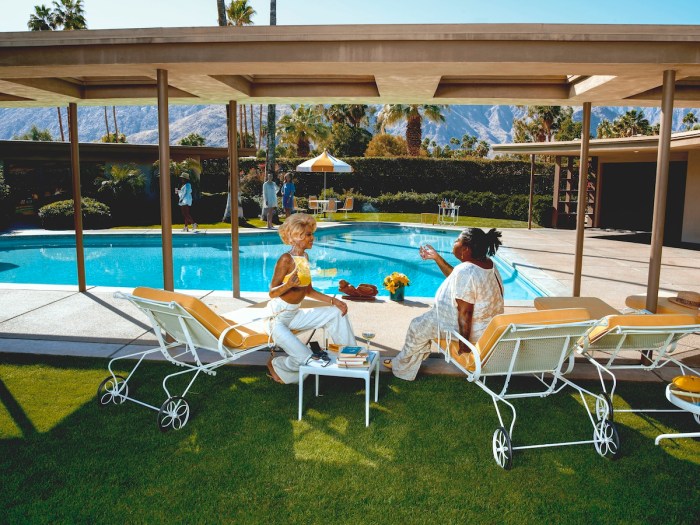 We’re extremely excited because this is just the first of several installments! More elements of the campaign will also be introduced later this year, coinciding with the debut of “Slim Aarons: Style,” a monograph being published by Abrams on September 21, 2021. “Slim Aarons: Style” features nearly 50 previously unpublished photographs from the Slim Aarons archive in London, which takes a deep dive into the fashion and style represented throughout Slim Aarons’ work. 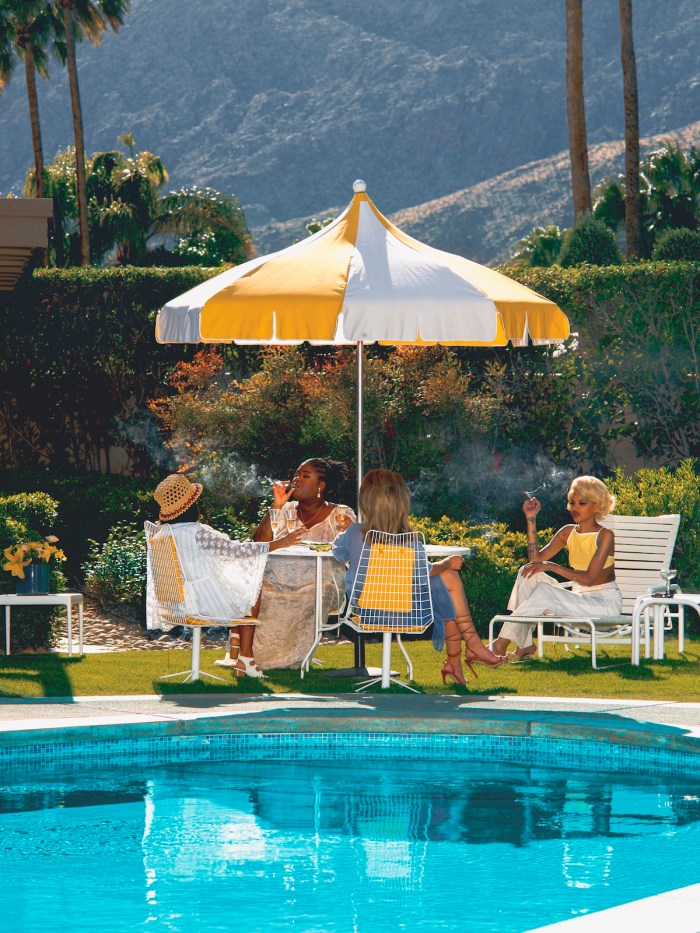 “Slim Aarons defined a lifestyle and an era, and this campaign is proof that his imagery, style and taste still resonate.” said Shawn Waldron, Curator, Getty Images and author of Slim Aarons: Style. Mr. Waldron collaborated with MONOGRAM to select imagery from the Slim Aarons archive to bring Mr. Carter’s vision to life. “Hype Williams creatively pays homage to Slim’s incredible talent while updating the setting and personalities in a truly inspired way.”

Hype Williams will forever be an icon to us. We’re so glad that his work continues to evolve as well. Every element of this campaign appears to be so well thought out. 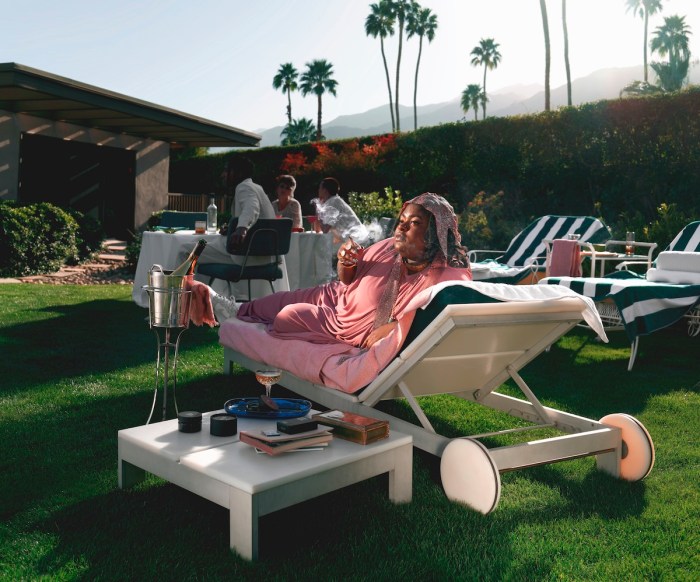 We’re also super excited to see these billboards and wallscapes. We love seeing Chika on billboards and it’s so dope that we’ve got a Black-owned cannabis line being advertised like this. This is huge for everyone involved.

“On the heels of legalization, seeing creative like this become a natural part of the fabric of New York City only reinforces that cannabis has a right to exist within our customs, arts and social institutions,” shared Mr. Carter. “New York’s decision to legalize is a victory for the entire industry, and I’m excited to have MONOGRAM play a role in bringing that message to life in my own backyard.” 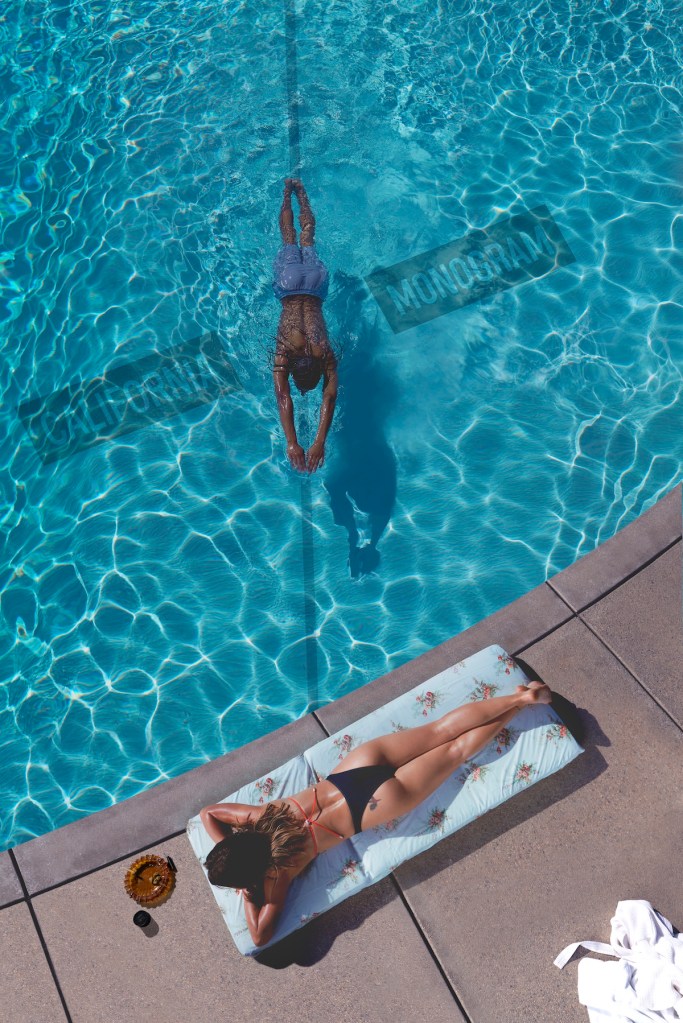 We can’t say it enough times how much we love this campaign.

Hit the flip for more of the original Slim Aarons reference shots and some really incredible behind-the-scenes imagery.