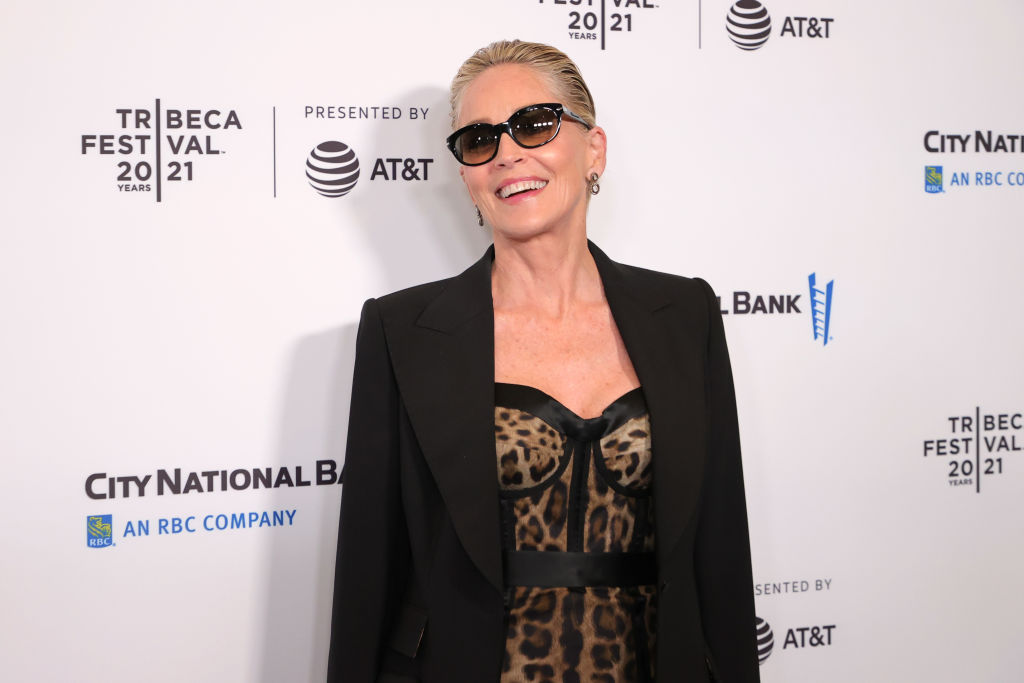 The folks over at TMZ got the opportunity to ask the 63-year-old, directly, about the

rumors she’s in a relationship with 25-year-old rapper RMR on Thursday, when the

actress was out in Beverly Hills with her son, Roan. As the paparazzi asked whether it’s

true she’s dating the up-and-coming artist, both Stone and her son–who is only a few

years younger than RMR–burst into laugher.

The Casino actress straight up denies that she’s dating the rapper, and Roan tells the

photographer, “You couldn’t have asked a funnier question.”

Obviously, this rumor is….out there, to say the least–but there is merit behind this

even wearing one of his trademark face masks while they stood side-by-side. Based on

her reaction to the dating question, it seems like those pictures were nothing more than

Still, the two of them have seemingly kept in touch, with Sharon commenting some

friends, this pairing is still something none of us saw coming.