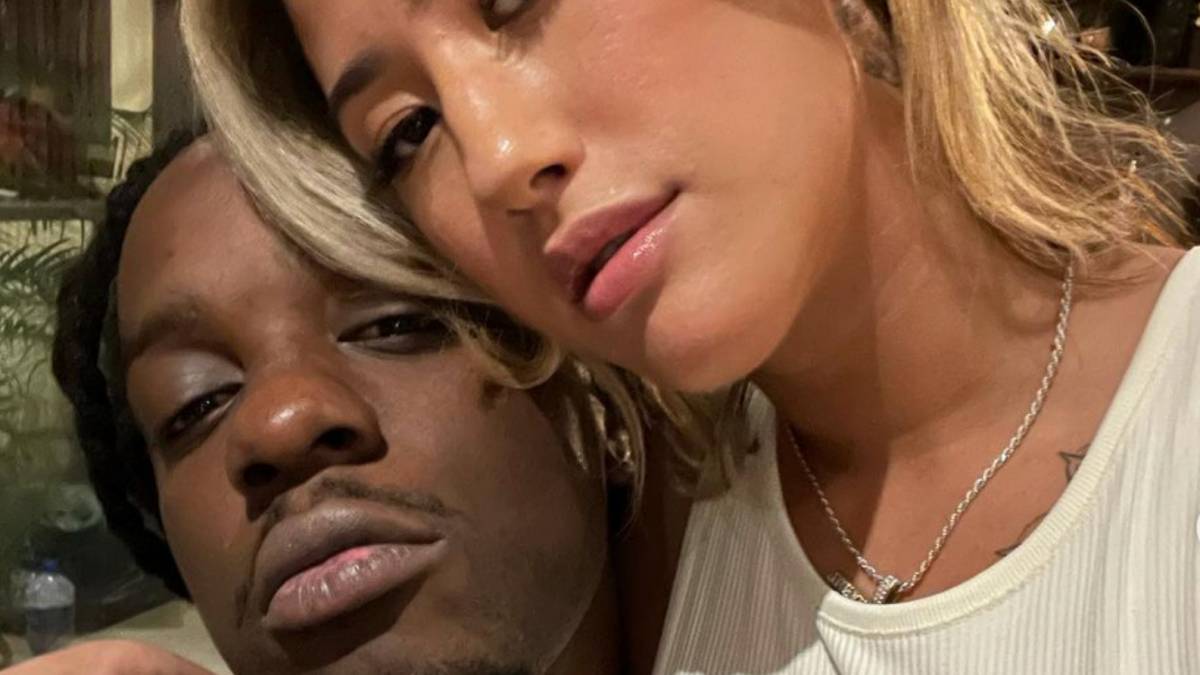 his girlfriend was reportedly killed last week. According

Friends and family said she was kidnapped in front of her

home and then murdered.

and forced her into his SUV.” Abdulrab’s body was found

roughly four hours later outside an abandoned home on

Lakewood Avenue and had been shot multiple times.

But Atlanta Police have already arrested a suspect by the

name of DeMarcus Brinkley, who they believe is

imprisonment, possession of a firearm by a convicted

felon and possession of a firearm during the commission

several photos of Abdulrabm during their relationship.

He also noted a GoFundMe had been launched in her

“DAMN TODAY IS A DIFF FEELING I WATCHED MY

REAL LIFE BEST FRIEND RIPPED AWAY FROM ME

THEN DIS WEIRDO HAD TO TAKE HER LIFE SHIT IS

IMA MAKE SURE THEY REMEMBER HOW SELFLESS

AND HAPPY YOU WERE.

“YOU DIDNT DESERVE THIS  MARIAM

FOREVER. GOFUNDME LINK IN THE BIO THANK YOU

FOR ALL THE LOVE AND SUPPORT SEND ALL DIS

when he was arrested for stealing a teacher’s iPod. From

there, he graduated to more serious offenses. In 2012,

police responded to a child molestation call and a year

later, 2013 officers were called again in reference to

on a high-speed chase that ended with him in the

transferred to the Fulton County jail on Tuesday (August

17) and waived his first court appearance the following

An outpouring of love for Mariam Abdulrab is palpable inthe Atlanta community. Shortly after Brinkley wasbooked into Fulton County, Germs posted a photo of amural erected in her honor with dozens of people smilingfor the camera.

“I CANT BELIEVE THIS SHIT,” he captioned the post. “I

LOVE YOU MERMZ . I ALWAYS TOLD YO LIL ASS YOU

WERE LEGENDARY . IDK ANYBODY THT LOVED

HARDER THAN YOU , YOU TAUGHT ME REAL LIFE

LESSONS . #MARIAMFOREVER.” Our prayers go out to

the family of Mariam Abdulrab.