allegedly due to the negligence of ride operators.

Beautiful and outgoing 6-year-old, Wongel Estifanos, died after falling out of the 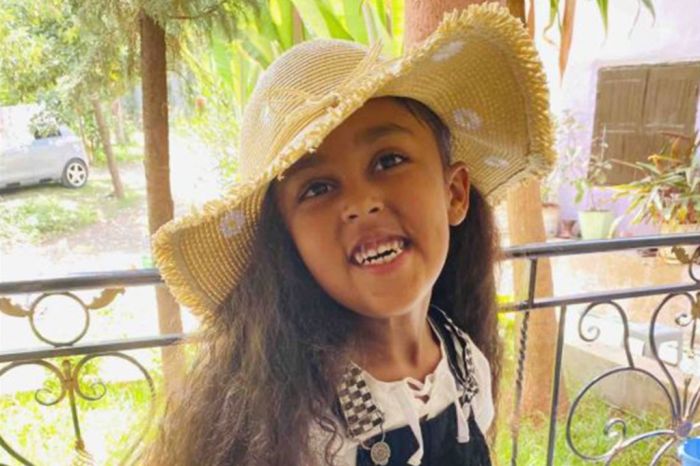 wearing them, and operators “reset an alarm” alerting them of an error before

sending the ride on its way.

Bemni Mekonnen, a close friend of the family sat down with 9News and expressed the

that family is having a tough time.

“They can’t even say a word to be honest, ever since COVID started, they haven’t taken

any family vacation, so they thought this Labor Day weekend would be the perfect time

The series of events started when a group of five rode the Haunted Mine Drop ride,

leaving one seat open. A ride operator then buckled the seatbelts of the empty seat.

Estifanos’ group was next. Her seat was the one previously unoccupied and she sat

down on top of the seatbelts.

“The fatal accident was a result of multiple operator errors,” said Greg Johnson,

public safety manager for the Colorado Department of Labor and Employment.

against the park next week.

“These parents are absolutely determined to make sure this never happens again. The

findings absolutely confirm that this is 100% the fault of the park and not the rider,”

said Caplis to 9News. So what will happen now is we’ll take this report and then we’ll

that the full truth is on the table for everybody in the community to see, for ultimately

a jury to see,

Unfortunately, this isn’t the first time the park has dealt with negligence, inadequate

training, and operator errors. The state’s report also found a rider back in 2019

seatbelts. When the operator was notified that the riders weren’t properly strapped in,

the operator argued they were.

Bemni Mekonnen, the family’s spokesperson described Wongel Estifanos as an

“She has lots of hobbies. She enjoys swimming, painting, and drawing. She loves the

movie Frozen. Elsa is her favorite character, she had her whole life ahead of her and

through their grief. He said the family is also being supported by their church

much. I wish there was a way we could bring her back, honestly,” Mekonnen said.

“When you see the pain and anguish they’re going through, you would do anything.”

The family’s GoFundMe page is still open and accepting donations. If you want to find

In a written statement, the founder of the park said they are “heartbroken by the

tragic accident” and added that the future of the Haunted Mine Drop is undetermined.